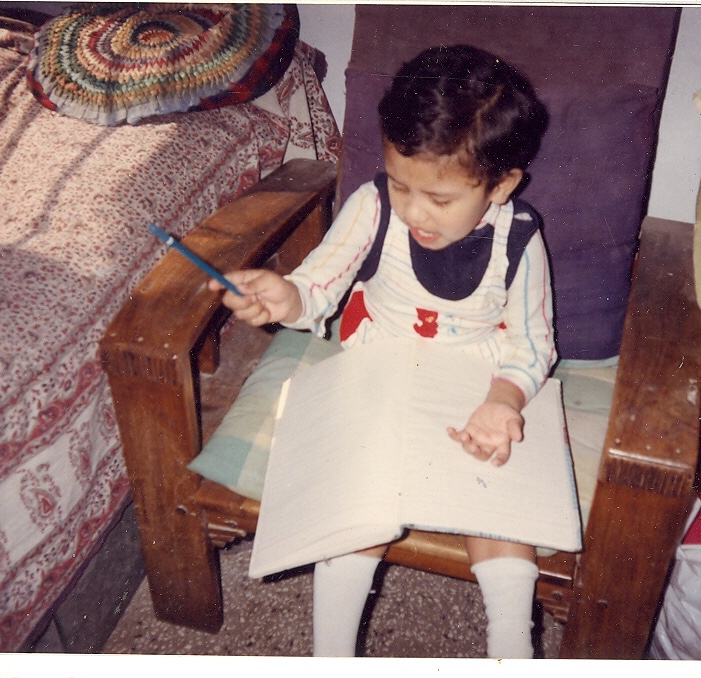 One of my best experiences as a trainer was when I was working with seven-year-olds at an international school in Munich while I was on a fellowship to the Internationale Jugendbibliothek. In the course of the day, we came up with original stories that the children wrote and illustrated and by the end we had 15 complete books.

Apart from the satisfaction of a job well done, and that too with a bunch of excited kids, it was also a great learning experience for me. I learnt how important it was to get children hooked on to writing early. The advantages are many.

For one, there is no imagination greater than that of a child. The storylines they came up with were phenomenal. From fairy tales that went way beyond the Brothers Grimm or Hans Christen Anderson to stories that dealt with topical issues including bullying, single parent families and the importance of friendship, the sky was the limit as far as their creativity was concerned.

One boy who could barely sit still while I was conducting a storytelling session, was completely engrossed in creating a beautiful book of the animal kingdom where every animal had a distinct personality. While writing and illustrating his book, he had no problem at all sitting still. The problem was not in him, but in that I had not found the right issue to attract him. His book put the Simon and Garfunkel song At the Zoo to shame. His zebras were certainly reactionaries and giraffes insincere.

If we want the next generation of writers to emerge and become even greater than the current one, we have to catch them young. And for this schools have to pay enough attention to reading and writing and the liberal arts. Start with classroom libraries and get the children to discuss what they read. Then get them to write based on what they read.

My Class 6 English teacher was teaching us William Butler Yeats’ Lake Isle of Innisfree and decided to get us to write poems in the same metre as homework. I remember how enthusiastically I completed that homework. The reason was not only because I loved the poem, but that I found it a great vehicle to retaliate against a classmate who had cheated me of the position of class monitor while I was ill.

I wrote a poem on how this girl who had cheated me at a table-tennis match was involved in an accident on the road and I decided to step in and save her despite her having stabbed me in the back. The results were manifold.

One, all the girls in my class knew what I was getting at. And the girl who had actually cheated me of the class monitor’s position could do nothing as I had changed the name and the incident. The teacher was so impressed by the poem, she sent it for publication in the annual school magazine. And I learnt the power of the pen.

Writing can be an escape for the introvert, an inspiration for the extrovert, a release for the creative, a catharsis for the agonised.

Psychologists and bereavement counsellors always talk of the importance of writing your emotions down in a diary or a notebook or via letters to the one you are missing. This is a huge help in dealing with loss and tragedy. How can you suddenly put pen to paper or type that first word on your laptop if you have never been taught to write? Here writing is a life skill, which will help you stay sane.

So don’t throw away that old diary. Or the slate from your childhood. They will all help you in the next stage of your journey as a writer. Or a survivor.